Or enter in your email address so we can contact you:

Experience a day out without the hassle of having to drive and finding parking spaces by booking Southampton Coach Hire. This is the perfect way to travel to a number of nearby destinations, such as the enchanting city of Canterbury.

Situated in southeast England, Canterbury is Kent’s most popular tourist attraction, featuring an impressive Norman cathedral, the seat of the Anglican Church, and a brilliant Roman museum. Canterbury was also written about by Geoffrey Chaucer in his Canterbury Tales and has some great shopping.

Canterbury Cathedral is the city’s most visited attraction and features the magnificent and lofty Bell Harry Tower. Thomas a Becket was murdered here in 1170 on the orders of Henry II. Although the cathedral was built between the 12th and 14th centuries, Canterbury has had a Christian heritage since the late 6th century when St Augustine Abbey was built here.

There are fortification ruins all over Canterbury, including its medieval walls, the Norman Castle and the West Gate, while the Heritage Museum, Roman Museum, Royal Museum and Art Gallery, and the Regimental Museum provide detailed history on life and the goings-on in Canterbury.

The Roman Museum is one of the town’s highlights as it displays remains of a house with fine mosaics, a reconstructed marketplace, and intricate silver and glass. There are also many Roman relics that patrons can handle as well as some quality hands-on exhibits.

There are also plenty of natural attractions that can be reached quickly and conveniently with Southampton Coach Hire. Higham Park and Gardens, Goodnestone Park Gardens and Howlett’s Wild Animal Park will appeal to animal lovers and outdoor enthusiasts. Shopping here is also not to be sniffed at, with markets, specialist shops and huge department stores. You will also find a range of restaurants and bars amid the tangle of old streets.

Book Now Get a Free Quote 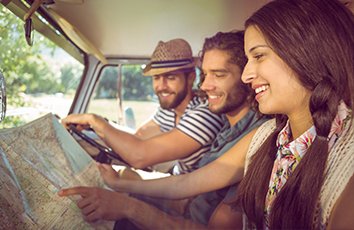